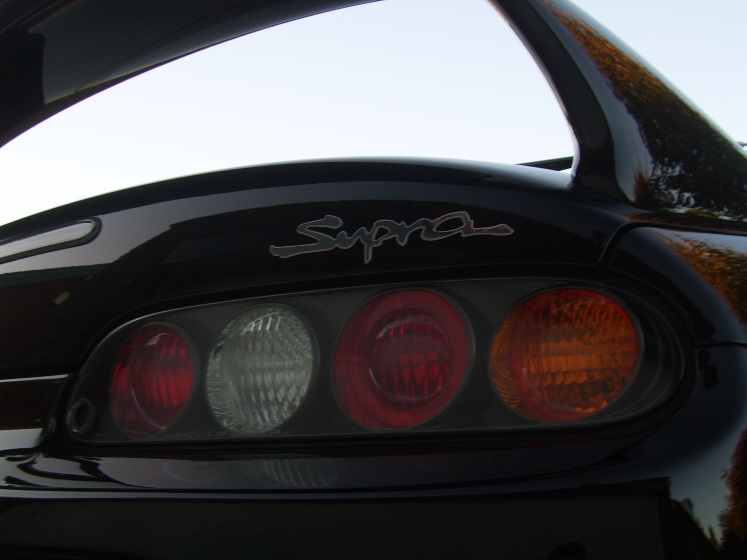 Being a t girl and having a performance car isn’t a recipe for going through life without being noticed. Sometimes I put my face on in the car. Picture the scene, a couple of guys walking past, spot the car and start to admire the curves and the design of the car and their gaze slowly lifts to the windows to look in to this automotive delight and their eyes see me. By the look on there faces at first they seem surprised that there is a person in the car. Then the expression changes as slowly there mouths open and they realize that this girl isn’t all she seems. sometimes they smirk sometimes they smile.

Calling my Toyota Supra a banger isn’t a fair description even though its 19 years old now its still a head turner. The car has another 75 to 100 bhp (dependant on the boost setting) over what Toyota originally intended. As you can imagine when sat in a car that is putting 400 horse power to the wheels can be quite a blast to drive.

I have owned the car for nearly 15 years and its become part of the family. Mrs Sox named the car The beast not long after we got it and most people who see it tend to call it that too.

The car has 2 turbos. The first comes in at 2000 rpm and then warp is engaged at 3500 rpm as the second turbo unleashes all 400 horses. As this happens the driver can expect a surprised passenger to make a noise, sometimes its an expletive sometimes its the noise of someone gripping the seat.

4 thoughts on “my old banger”